The article is by Oiwan Lam

The Chinese president’s surname is embedded in the Chinese characters 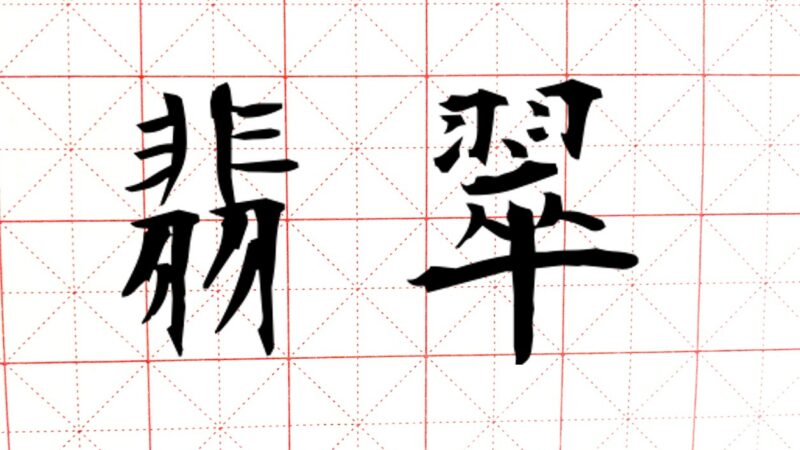 The Chinese term “Jade” or “Fei Cui” (翡翠) has been appropriated by overseas Chinese dissidents as a coded expression for criticizing the Chinese President Xi Jinping in recent years. The trend will likely continue as Chinese political dissidents have just launched an online “Jade campaign”, calling for the overthrow of the top leader.

According to the Analytical Dictionary of Chinese Characters, Fei Cui originally refers to a kind of bird called Green Feather Bird (青羽鳥), Fei is the male bird while Cui is the female counterpart. Later, “Fei Cui” came to represent green jade, the precious stone that represents nobility, wealth, and good fortune in traditional Chinese culture.

The character “Cui” (翠) also shares the structure. The meaning of the character is signified by “Yu” (feathers), which is placed on the top while the phonetic component, “Zu” 卒 is in the lower part.  “Zu” conveys the meaning of “infantry” or “death” when standing on its own.

As the phonemes of both characters convey negative meaning and their common morpheme Yu (羽 feathers) is composed of two simplified Chinese characters “Xi” (习), which is the surname of Chinese President Xi Jinping, overseas Chinese dissidents have successfully reinterpreted the term “Fei Cui” (jade) to mean “negating Xi” and “Xi dies”.

The China Digital Times recorded that in 2020, some Chinese netizens used the hashtag “Qi Cui” (祈翠), literally translated as “Pray for Jade”, to curse the top leader. Since then, overseas Chinese dissents have reported that the word “Cui” was censored on Chinese social media and online games, though the claim has not been verified.

The political meaning of Jade (Fei Cui) has become more and more popular as overseas Chinese dissidents attempt to campaign against Xi Jinping’s bid for his third Presidential term in the upcoming Chinese Communist Party’s summer summit in Beidaihe.

The newly launched “Jade campaign” is one of such attempts. The online campaign slams Xi Jinping for leading China into political, economic, and human rights regression and urges Chinese netizens to speak out against Xi using hashtags including #downXi and #JadeCampaign.